Lansing Christian's Story... From 1907 until Today

Lansing Christian School has been richly blessed since it first opened its doors in 1907.

The original building was built in Munster, Indiana, on the corner of Ridge Road and Hohman Avenue. That original two-room schoolhouse was built of cement blocks that the society members made themselves.

The school first opened its doors for students on September 16, 1907, and 56 children crowded into that two-room school. Due to constant growth, two additional classrooms were added in 1914. That addition doubled the seating capacity of the school. The enrollment increased from 56 to 124 students. The teaching staff increased from one to three teachers and the board from seven to 10 members. 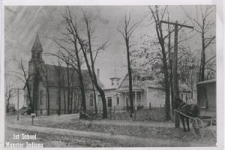 After seven years, the board decided to establish a set tuition charge for each child. Each parent was expected to pay the full cost for the first two children and half cost for the third child. The full cost charge was set at $1.90 per month per child.

During the 1930’s changes took place in Munster that led to the school’s move to Lansing. The town of Munster decided to open Hohman Avenue to the south of Ridge Road. That altered the property of the school in such a way that further expansion at the Munster site was not possible.

Because the enrollment continued to increase, the society approved a recommendation to build a new school on the Lansing property in 1939. An eight room, two-story building was completed in August, 1942. The Munster property was sold, and the name of the school was changed from the Munster Christian School to Lansing Christian School.

Christian education flourished during the succeeding years. By 1947, the school society purchased additional property around the school in preparation for expected expansion. In 1953, 1958, 1968, and finally in 1994, other additions were added to the school to accommodate the growing enrollment and programs. 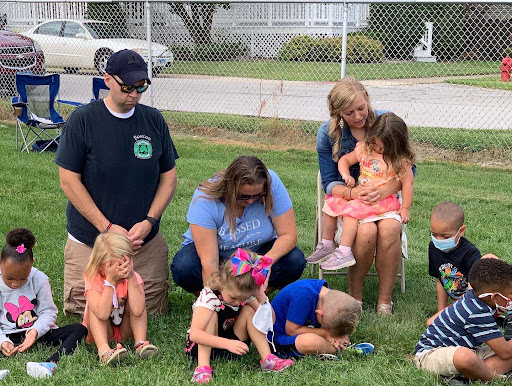 In over one hundred years of educating children, thousands of students have entered our doors, studied hard, excelled in their courses and graduated.

One thing has remained the same throughout the history of the school — the commitment to provide a solid Christian education, where every subject is taught from the perspective of God’s Word, and where students learn and perform their duties in this world to the glory of God.